The grass is bluer on the other side 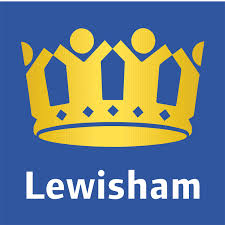 What’s good people, following my last introductory blog I’m sure you guys have gathered who is blogging away on the keyboard for the 2nd instalment of the mixtape madness reviews, and as my good friend Kozzie would say “I’m back again trussssst” spreading my insight and constructive views on the latest in UK mixtape culture in addition to this its only right I blog from the heart this week, bringing the mixtape madness vibe closer to home; My Blue home that is.

Here is one more clue of where my blue home is. Many old school garage/grime fans will agree with Snipe Keedo on the introduction to this big tune:

Yes you’ve guessed it I shall be selfishly blogging about the finest talent from the South East London borough of Lewisham; throughout each paragraph see my words of passion ooze out across the page bragging about how great we are plus all the stars we have born in the UK music industry etc.. i could write a whole blog on that alone but let refrain myself and keep it simple. For those who don’t know there are lists of substantial artists flying the flag for the UK across the world of urban & dubstep music and I want you guys to guess what they all have in common.

All the following names have one way or another made a difference within the UK music industry whether it is through HMV/Record shop sales, excessive YouTube views, patriotic representation of the borough or simply by being noticed by the big A&R companies which brought pride to up and coming musicians in Lewisham, I am sure you have guessed from the first three names on the list that these guys are all from the same area, and we can’t help but wonder how so many talented artists live in one place; truly amazing. Throughout the month of September I will be supporting the blue borough musical talents in collaboration with mixtape madness bringing out a compilation cd entitled ‘The grass is bluer on the other side’, this CD will convey some of my favourite Lewisham based artists expect names like Vex, MC Tigz, Fekky, Koder and many more which are all names of the future especially in the rap and grime scene, but before I go into more detail on the CD I’d like to review one major artist from Lewisham who has overcame a immense journey to get to the position he is in now, this 23 year old goes by the name of P.Money.

P-Money is a young solo artist aged 23 from South East London, originally known very well for being one of the top underground Grime Musicians. He is currenty playing a major part as a front face for a up an coming brand called ‘ Og’z ‘, which also includes Mellanin, Jendor, Dot Rotten, Little-D, recently passed away N.E may his soul rest in peace, Blacks, Desperado,Pro and Stormah.

P-Money has been doing music for at least 5 years. Learning and developing a signature flow which separates him from the rest, not only is he fast and good with his rhyming schemes, he is very clear with his voice projection and word pronunciation along with his metaphors and similes. He understands the music scene alot and built his name from performing at big events like Peoples day and Sidewinder, going on many pirate radio stations and dvds. .

Now P-Money has many promotional cd circulating the streets ‘Coins2Notes’, p money is power, money over everyone which includes one of the biggest tunes out right now called ‘ What Did He Say’ this can be herd on KISS FM played by Dj Logan sama and also by myself Kenny Allstar played on DeJaVuFM along with other hit songs or freestyles such as ‘ Don’t Jump in’ produced by Maniac and ‘Strolling by’ Produced by Mr. Slash. You can also hear him featuring on Terror Danjors ‘Morph’, O’g’z Get Down, Logan samas free Christmas cd in ukrecordshop and see clips of him on KISS FM with the O.g’z, Chipmunk, Griminal, Little Nasty, Double S and many others . Thats just a brief breakdown on P-Money as an artist for more info on him check out ibeatthetune.com or to download some more of his material then search P-Money on the mixtape madness search engine.

This week I will be rating P-Money’s latest MisterJam freestyle on BBC Radio 1xtra.

of all my 8 years analysing UK music I have never witnessed a freestyle this powerful, P-money slaughtered the alphabet unbelievably, leaving the numbers chopped up beside them, he even made a cheeky comment about his status with ghetts which was truly interesting to hear and had me pressing the replay button allday long. So I had to give this freestyle a 5 star certified madness. BLUE BOROUGH ALL DAY!!!

*If you are a Lewisham based artist then why not get involved in featuring on ‘The grass is bluer on the other side’ CD presented by Myself, and mixtape madness.

8 track E.P which features P Money over Grime,Dubstep and even The Prodigy’s rock inspired dance track Smack my Bitch up gets a reworking with Blacks on Prodigy Freestyle.

I beat the tune